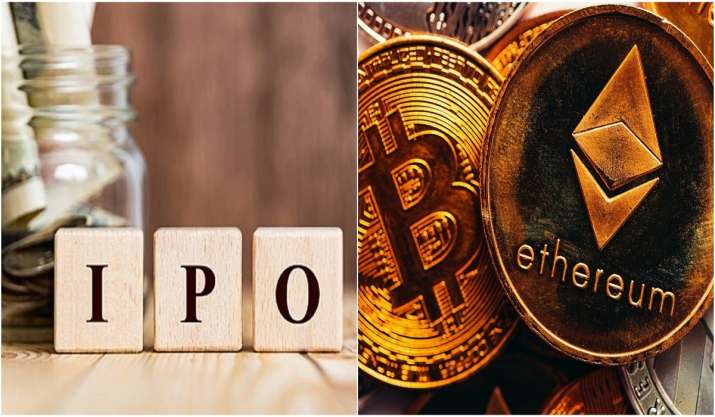 Year 2021: The year 2021 has turned out to be the best IPO year for Indian primary markets in the past 20 years. A total of 63 companies have been listed on the stock exchange so far in calendar year 2021, raising Rs 1.18 lakh crore on IPOs, the highest in a year. The IPO activity in India increased 156% in number to reach 110 deals in 2021. Amid the pandemic triggered by the coronavirus, the year 2021 was also marked by public troubles of Internet companies such as Paytm, Zomato, Nykaa, Policybazaar, among others. . Along with IPOs, Tata Sons’ acquisition of Air India, a bill to ban all private cryptocurrencies, was among the major business news that hit the buzz in 2021.

1: IPOs that made the market buzz

The Zomato food delivery platform made a remarkable debut on the exchanges on July 23. During the three-day period, Zomato’s IPO received offers for 27,51,27,77,370 shares for an issue size of 71,92,33,522. The price range was set at Rs 72-76 each, which put the company at a valuation of $ 9 billion. Zomato’s IPO was India’s largest initial offer to sell shares since March 2020. The IPO was opened for subscription on July 14, with a price range of Rs 72-76. per share. It closed on July 16. Zomato’s shares were listed at Rs 116 each, a 53% premium over the IPO price of Rs 76. The market capitalization of the company currently stands at Rs 99,790 crore. Incorporated in 2008, Zomato operates in 525 cities in India, with 3,89,932 active restaurant listings as well as a presence in 23 countries outside of India.

Nykaa, formerly known as FSN E-Commerce Ventures Ltd., the listing of the shares has enriched investors and promoters, with the stock nearly doubling the price of the IPO. Falguni Nayar and his family still hold 56.56% of the capital after the company’s IPO. The price range for Nykaa’s IPO was set at Rs 1,085 to Rs 1,125 per share, at the high end of which the company was valued at Rs 53,204 crore, or roughly Rs 7.1 billion. dollars. With a market cap of $ 14 billion, Nykaa has comfortably entered the club of India’s 100 most valued companies. Additionally, Nykaa Founder and CEO Falguni Nayar has become India’s richest self-made billionaire woman, according to the Bloomberg Billionaires Index. The market capitalization of the company currently stands at Rs 95,780 crore.

The IPO of One97 Communications, the parent company of Paytm, was open for subscription from November 8 to 10. The Rs 18,300 crore IPO was the largest in the country’s history. However, the question did not receive a much anticipated answer from investors. PayTM shares fell 37.45 percent to close at Rs 1,344.75 on December 27. Its issue price was set at Rs 2,150. The market capitalization of the company currently stands at Rs 87,000 crore.

The IPO of PB Fintech (operator Policybazaar and Paisabazaar) made a remarkable IPO in November with a premium of 17.35%. The IPO of India’s largest online insurance aggregator was underwritten 16.59 times. The price range was set at Rs 940-980 per share, which gave the company a valuation of Rs 44,051 crore. The market capitalization of the company currently stands at Rs 44,000 crore.

2: Tatas back in the Air India cockpit

They say better late than never! After more than two decades and three attempts, the government has finally sold its flagship national airline Air India, and this is déjà vu for Maharaja as he returns home to his founding father, the Tata Group. For the Tatas, the original owners of Air India, bringing the airline back into its fold is worth the wait. Salt-to-Software conglomerate Tatas won the bid to buy Air India, a debt-laden state-owned company, offering Rs 18,000 crore to acquire 100% of the shares. Tata Sons beat the promoter of SpiceJet to take over Air India.

“Maharaja” is back! Tata Group wins bid for Air India

However, the Tata Group’s takeover of loss-making national carrier Air India is most likely delayed by a month until January, as the completion of procedures takes longer than expected. In October, the government accepted the highest bid made by a Tata Sons company for 100 percent of the shares of Air India and Air India Express as well as its 50 percent stake in the assistance company in AISATS stopover – the first privatization in 20 years. At the time, the government said it wanted to complete the transactions, which included the Tatas paying Rs 2,700 crore in cash, by the end of December. However, some regulatory approvals still need to be obtained for the surrender and some formalities still need to be completed. The process would be completed by January, the official, who wished not to be named, told PTI.

3: Bill to ban all private cryptocurrencies

With around 15 million Indians holding digital currencies, the Center was ready to introduce a bill banning all private cryptocurrencies in India.

First, a Lok Sabha newsletter in January said the Center would introduce a bill that would ban all private cryptocurrencies. During the 2021 budget session, which was presented on February 1, the Center planned to introduce a bill banning all private cryptocurrencies in India and will also put in place the framework for an official digital currency that will be issued by the Reserve Bank of India. . The new bill was titled “The Cryptocurrency and Official Digital Currency Regulation Bill, 2021”. But ultimately, the bill is not tabled.

Second, in November, the Center again appeared likely to introduce a bill banning cryptocurrencies during the winter session of parliament. Finance Minister Nirmala Sitharaman in Rajya Sabha said the government is developing a new cryptocurrency bill that will be submitted to the current session of Parliament after approval by the Union Cabinet. However, the bill was again delayed as the government reportedly considered changing the proposed framework.

“Private cryptocurrencies pose immediate risks to customer protection and anti-money laundering (AML) / anti-terrorist financing (CFT). They are also prone to fraud and to an extreme price volatility, given their highly speculative nature, “he said.

4: FASTag compulsory at all toll booths

The Ministry of Road Transport and Highways (MoRTH) had issued orders to make FASTag mandatory at all toll plazas as of February 15, 2021, across India. FASTag is an electronic toll system operated by the National Highway Authority of India (NHAI) in India. This decision was taken to encourage the payment of royalties by digital means, in order to reduce waiting times and fuel consumption. This would also allow a smooth passage of vehicles through the paid places. In accordance with the NH 2008 tariff rules, if a vehicle which is not equipped with FASTag or a vehicle which does not have a valid and functional “FASTag” will enter the “FASTag lane” of the charges place will have to pay an equal charge. at twice the applicable fees in this category.

The General Directorate of Civil Aviation (DGAC) had announced an increase in air travel prices on February 11, 2021. The price was increased to Rs 5,600. The government had stressed that the increase in prices was made necessary due to the opening of the aviation market. While the Ministry of Civil Aviation (MoCA) had said the rate hike was a change in routine. The upper price bracket had increased by 30% on flights from 180 to 210 minutes. This amounted to a price hike of Rs 5,600. Thus, the price rose from Rs 18,600 to Rs 24,200. While the lower end of the price of the shortest route had increased by 10 percent. This was equivalent to an increase of Rs 200. The domestic tariff band had also increased. The lower price range for domestic flights has increased from Rs 2,000 to Rs 2,200, while the upper price range has increased from Rs 6,000 to Rs 7,800. For the highest price bracket, the minimum fare is increased. from Rs 6,500 to Rs 24,200 while the maximum rates went from Rs 18,600 to Rs 24,200.