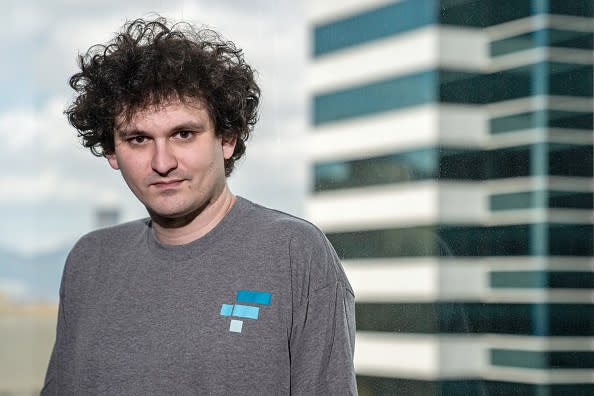 For a roundup of the biggest and most important stories from TechCrunch delivered to your inbox every day at 3:00 PM PT, subscribe here.

It’s Monday, May 16, and I’m back, like a renegade master. I’m incredibly over-caffeinated and at a standing desk today, so for the occasion, it’s a dance desk. Because, I mean, you try to stay seated while listening this deafening rhythm.

This week, I can’t wait to leave for TechCrunch Sessions: Mobility in San Mateo to get the full story on the cars that will drive themselves and the companies that sink into our hearts – or off the nearest cliff. Get your tickets now, we still have a few available.

In other news, we particularly appreciated Lucas and Anitait is Chain reaction podcast, where they examine how crypto VCs can’t rely on loyalty spending.

Incidentally, I just re-read my TechCrunch contract, which states that no superfluous obscenity is allowed, so rest assured that this newsletter contains only strictly necessary profanity. Lots of love and sunshine and such! – haje

From time to time, startups raise funds for missions that make me worry about the current timeline we find ourselves in. Today’s episode on this topic comes from the office of Mr. Boucher, MBEcovering WeAre8’s crowdfunding campaign for a social media app where users get paid to watch apps. Sure, it makes sense to get money for your time, but also…just, ugh.

I loved this interview Aria made with high-flying startup (geddit…) Astra. It became the fastest company in history to reach orbit in November, six years after its founding, and its CEO says it’s aiming for daily launches sooner rather than later.

The “Star Wars” saga is based on a narrative structure developed by Joseph Campbell, a writer and professor of literature who designed “the hero’s journey”.

Consisting of 12 stages, its archetype calls for a protagonist who leaves ordinary life after hearing the call to adventure – you can imagine why this is a popular metaphor among tech investors.

For example, “‘I’ve got a bad feeling’ is a recurring joke in the franchise – nearly every main character utters the line at one point or another,” Lenet writes.

“These are also words to live by for business and startup leaders, as they are an emblem of awareness and proactivity.”

(TechCrunch+ is our membership program, which helps founders and startup teams grow. You can register here.)

You might not think of “games” when you hear Hulu, but its new partnership with Xbox changes that – lauren reported that he just signed a new deal that gives U.S. Hulu subscribers three months of a PC Game Pass as part of its Friends with Benefits initiative. Amazing name aside, maybe it’s time to sweep my gaming rig (who I’m kidding; I don’t have time to play games. Too busy tweeting about coffee and my sanity slowly rotating around the drain).

After pressure from the EU, it seems that Apple could be getting closer to introducing Apple iPhone models with a USB-C port. As someone who has USB-C cables strewn around every surface, room, nook and cranny of my home, this would work wonders for me – but Apple has long resisted the pressure, so we’ll see what really happens on this front. I am on Darrell will continue to update us on the shape of the iPhone crevices.