Steam has banned all games using NFT or cryptocurrencies 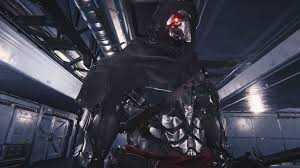 Valve quietly issued a new edict: No NFT or Cryptocurrency on Steam. According to the recently amended Steam distribution integration requirements, all “applications developed on blockchain technology that issue or enable the trade of cryptocurrencies or NFTs”, are expressly prohibited. In a nutshell, NFTs are unique digital receipts (stored on a blockchain, which is essentially an irreversible ledger database) that are often linked to ‘ownership’ of a jpeg file or other digital medium. . NFTs are often acquired with a cryptocurrency like Bitcoin or Ethereum (also known as a blockchain transaction), which can then be exchanged for US dollars or other national currencies.

A series of tweets from the Age of Rust developer SpacePirate give us a little insight. Age of Rust assigns NFTs to unique items and gear, and even missions. SpacePirate tweeted Thursday that the company has been told Steam will be phasing out all blockchain-based projects, including Age of Rust.

Valve did not explain why it was banning NFTs and cryptocurrencies from Steam, but the decision does not appear to be rooted in any of the recent scandals or controversies surrounding blockchain technology: NFTs have been used to defraud millions of dollars in exchange of which amounts to a receipt for a JPG, it leads to the theft of artwork designed for other games, and the environmental cost of blockchain ledgers remains a controversial issue.

SpacePirate says Steam’s ban on NFTs and cryptocurrency is an extension of a general ban on items that have real monetary value.

If the rule regarding items that have monetary value exists, it probably only refers to items that retain monetary value once owned by a player, as tons of items are sold as DLC on Steam. Even so, however, Steam is focused on users buying and selling digital collectibles for real money. For years, Steam has allowed users to collect digital cards by completing certain challenges in many games and then sell them to other users for Steam Wallet funds. In CS: GO, weapon skins sold by players can cost thousands of dollars. Valve’s attempt to create an economy in the collectible card game Artefact failed, with the game launching in late 2018 and free in early 2021, but that was not far from the visions presented by NFT evangelists today.

Valve didn’t make a statement clarifying its reason (and didn’t respond to a request for comment), and we couldn’t find any bans on items of real value written anywhere. On September 30, the CEO of Satoshis Games said his blockchain-based game Light Nite had been pulled from Steam, but didn’t explain why, except to say that Steam “won’t offer crypto or NFT games. “.

One possible explanation behind Valve’s choice to ban NFTs and cryptocurrencies is the legal issue the company had in 2016 for not limiting play on CS: GO skins. At one point, Valve banned seven players from intentionally losing a match in order to earn thousands of dollars in CS: GO skins. Valve ended up issuing a rare statement afterwards, saying pro CS: GO players should not play or associate with gaming entities or provide information that could influence CS: GO betting. Two popular YouTubers who promoted a CS: GO gaming site without revealing that they were part-owners were also ordered by the FTC not to start over and provide compliance records for the next 10 years. , but otherwise got away without scott, which angered people a lot.

The world of NFTs and cryptocurrencies has so far been strewn with scams and shady transactions, and Valve may no longer want its platform to be used by other gambling companies. or other ploys that could put him in legal danger.

So what kind of games won’t we see on Steam due to the new rule? Some examples include CryptoKitties, in which you buy and “breed” cats to earn cryptocurrency, and Spells of Genesis, a collectible card game where every card is on the blockchain. None of these games were on Steam initially, as games with NFT or other blockchain elements tend to be more available on mobile devices or their own independent websites. After the announcement that Steam was changing its guidelines, Sweeney tweeted that the Epic Games Store would in fact welcome the use of blockchain technology.

“The Epic Games Store will host games that use blockchain technology as long as they comply with applicable laws, disclose their terms and are age categorized by an appropriate group,” Sweeney said. “Although Epic does not use crypto in our games, we welcome innovation in the areas of technology and finance.”