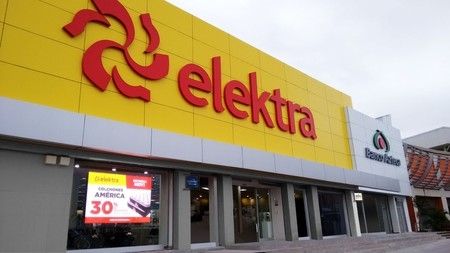 Bitcoin adoption is on the rise and more brands are getting on the bandwagon as the demand for BTC payments grows. Elektra, a well-known Mexican retail chain owned by billionaire Ricardo Salinas Pliego, has become the first of its kind in the country to accept bitcoin payments. The owner of the retail and banking chain took to Twitter to confirm the news that was circulating.

Supermarket chain Elektra has confirmed that it now accepts bitcoin payments for all items. This payment will be available online as well as in all physical stores of the chain. Customers will be able to pay for their purchases using the Bitpay bitcoin and crypto processing service, which will process all payments on behalf of the channel.

Billionaire Ricardo Salinas Pliego himself confirmed the integration on Twitter, saying: “The rumors are true. Elektra is the first (retail) store in Mexico that allows you to buy with bitcoin. I am so sorry to beat the competition again. The retail chain is now the first and only of its kind currently in Mexico to accept bitcoin payments for all of its products.

Elektra is one of the leading retail and banking chains in Latin America. Its owner, Ricardo Salinas Pliego, the third richest man in Mexico, is a vocal bitcoin bull. The billionaire has expressed his support for the cryptocurrency countless times and urged investors to invest money in the digital asset. Salinas himself had revealed at one point that he held 10% of his fortune in cryptocurrency.

To push the new BTC payments, the supermarket chain is offering a 20% discount to all of its customers who pay in bitcoin on certain purchases. The discount will run throughout December and end on December 31.

Bitcoin as a means of payment for goods and services has increased in recent years. Not only bitcoin, but crypto payments as a whole are on the rise.

Litecoin had risen in price earlier in the year when rumors circulated that retail giant Walmart would start accepting payments using cryptocurrency. The rumors were then debunked by the channel, but market reaction indicated that users were ready for the giants to start integrating crypto payments.