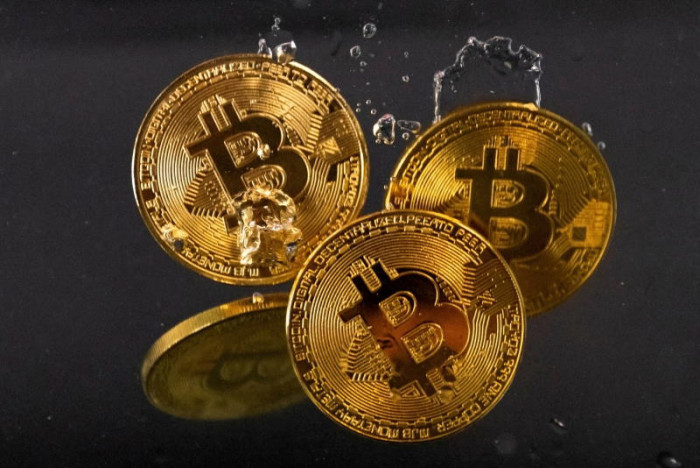 Souvenir tokens representing the cryptocurrency bitcoin dive into water in this illustration taken on May 17, 2022. (Photo Reuters)

Just two months ago, shares of Jasmine Technology Solution Plc (JTS) were at the top of the global communications equipment sector after a huge boom catalyzed by the Thai company’s plans to embrace bitcoin mining.

Now the picture is radically different. A cryptocurrency rout has caused the stock to plummet nearly 80% from an April peak, slashing around 355 billion baht from its market value and leaving the company stuck at the bottom of the pack.

The reversal of a company that was previously one of the most valuable in Thailand is an extreme example of how the crypto upheaval spills over into more conventional markets. It is also a warning of the risks that come with trying to ride the volatile and speculative wave of digital assets.

JTS achieved a total return of over 3,000% in the 12 months to April 2022, when its shares hit an all-time high. This has led the business communication equipment sector worth at least 35 billion baht. The stock’s 77% plunge since then has sent it to the bottom of the sector, which also includes global giants like Apple Inc and Samsung Electronics Co.

JTS said in a statement that it continues to mine Bitcoin and generate revenue from operations such as data centers and cloud computing. Its mining revenue was 25.2 million baht from January to March, a fraction of total sales of 511 million baht, according to filings.

The company said it plans around 3.3 billion baht of investment to become one of the best bitcoin miners in the world. Thai regulators previously imposed trading restrictions on the stock and asked investors to review its mining strategy.

“We just don’t like anything that doesn’t have supporting fundamentals,” Vikas Kawatra and Jason York, analysts at Yuanta Securities (Thailand) Plc, wrote in a June 15 note, adding that they were skeptical of the surge in share prices triggered. by the admitted switch to crypto mining.

What are the different types of bitcoin wallets